It's Good Friday afternoon on a dreary autumn day and I'm having a few beers and listening to my music.  I've just finished playing my Ghost Town mix and thought I'd take a few minutes between beers to share it with ya.....

This is what I call a bitza mix - bits of everything.  Well, not really everything but I've taken tracks from genres such as country rock, blues-rock, rock and probably some borderline pop.  Every now and then I also like to showcase some music from my homeland - New Zealand.  In this mix I've included some tracks from Graham Brazier (RIP), who was the front man for Kiwi favourites Hello Sailor, the legend Mark Williams who now fronts Dragon, a dark number from the great music-man himself Greg Johnson and an acoustic version of their song 'Bullet For Your Gun' from 2000's rock band Black River Drive. 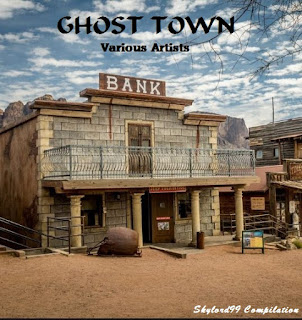 Skylord99
I have an eclectic taste in music that spans many genres. I enjoy assembling compilations (or mixtapes for those who remember) that weave together a selection of tracks from multiple sources into a single listening experience. Please support the artists by buying their music.